Another common misconception about geothermal systems is that they cost too much to be economically viable. That may have been true when the technology was new, but not today. The costs of installing geothermal HVAC systems continue to decline each year and are affordable for most homeowners.

Also, you can expect up to 20 years of reliable service from the above-ground parts of your geothermal system. That’s on par with a modern furnace and more than you might expect from a conventional air conditioner. All you need to do is stay on top of regular maintenance, as you would with any other HVAC system.

Here in Lyndon, KY, most people worry more about the heat of the summer than the cold of the winter. Unfortunately, it’s also a common misconception that geothermal systems only provide heat. In reality, geothermal systems can cool your home efficiently and for a fraction of the cost of conventional air conditioning.

The reason they can provide heating and cooling is that the temperature underground remains constant year-round. In the summer, the underground temperature is cooler than the surface air temperature. In the winter, it’s warmer than the air outside, thus providing a ready source of heat.

Since geothermal HVAC systems consume electricity to function, people tend to think they’re not a renewable HVAC solution. In fact, geothermal systems use a fraction of the electricity that conventional systems do. That makes them one of the most cost-effective ways to lower a home’s carbon footprint without sacrificing comfort.

Most people assume their home will need an electric or gas-powered water heater to go with their geothermal system. That’s because it’s a common misconception that geothermal systems can’t handle the extra load required to supply hot water. However, a properly sized geothermal system can also supply your home with an ultra-efficient hot water supply.

Now that you know the truth about the geothermal HVAC misconceptions covered here, why not take the next step? Contact KLM Heating & Cooling today, and we’ll design and install a new geothermal HVAC system in your home. 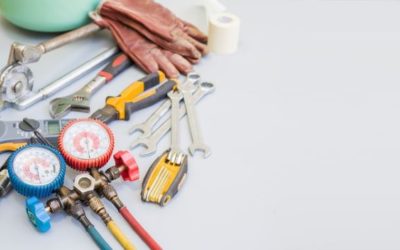 Why Does My Heat Pump in Hurstbourne, KY, Leak Water?

Many homeowners use a heat pump for heating and cooling their homes. While these HVAC systems are durable and highly efficient, they can experience issues like any other mechanical device. Here are some reasons your heat pump in Hurstbourne, KY, may leak water:...

4 Signs Your Furnace is Inefficient in St. Matthews, KY

Every homeowner requires an efficiently working heating system to maintain favorable temperatures during the cold season. Unfortunately, the unit gradually undergoes wear and tear, which reduces its efficiency. The following are signs of an inefficient furnace in St.... 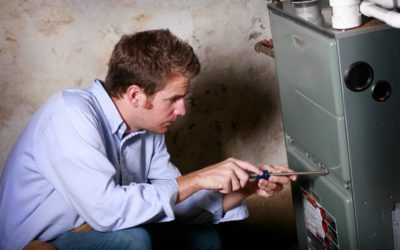 Why is My Furnace in Jeffersontown, KY, Leaking Water?

Furnaces in Jeffersontown, KY, can leak water if you don't install them properly. Such leakages require immediate attention to prevent water damage to your home. Here are some of the reasons your furnace is leaking water: Plumbing Leaks Furnace installation requires...